What Is the Heat Island Effect? 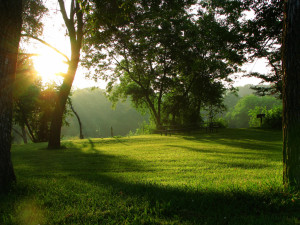 Have you ever walked by a city park or bank of trees and noticed the distinctive feeling of cooler air? It’s often a huge relief on hot and sunny days in the city. On a small scale, you are experiencing the heat island effect.

Though city dwellers have become accustomed to these temperature changes, the heat island effect can actually cause a variety of health and environmental problems.

What is the Heat Island Effect?

The elevated temperature in urban areas as compared to rural, less developed areas is referred to as the urban heat island effect. As cities grow and develop, more buildings and people are added. The process of urban development leads to this phenomenon.

Although we tend to think of heat islands as a modern ecological problem, scientists first noted this issue as early as the 1800s. Any area (rural, urban, or otherwise) can experience the heat island effect, but urban areas are typically of more concern since they represent a more serious threat to local climate warming.

For smaller cities, heat islands are less noticeable. For a large city of one million people, the average temperature can be anywhere from around 1°C to 12°C warmer than the surrounding area. Cities such as Toronto experience a cumulative heat island effect. Since the late 1800s, Toronto has experienced an average temperature increase of 2.7°C This may not seem significant at first, but over time, these increases can cause major problems. 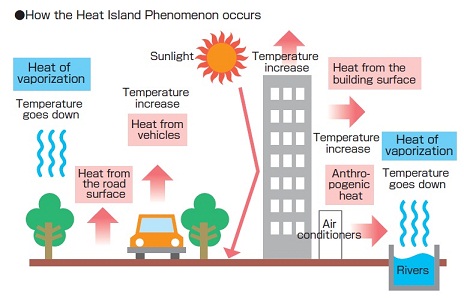 What Causes the Heat Island Effect?

When urban and suburban areas lose land surface and naturally occurring vegetation, heat can no longer easily escape. Tall buildings, concrete, and asphalt trap heat and contribute to the warming effect. Waste heat from energy use is another source of additional heat. Other contributing factors include local weather, seasonal changes, time of day, and geographic location.

What are the Implications of Heat Islands?

Of course, one of the most noticeable impacts on urban dwellers is an increase in hot, summer weather. On particularly clear and hot days, when the heat island effect is at its worst, inhabitants of larger cities will notice hotter and more uncomfortable temperatures. New York City is a great example of just how hot and unpleasant this effect can be. New York City has been called a “floating oven” due to the sweltering summer heat caused by the urban heat island effect.

When people are hot, they often crank up their air conditioners. Increases in air conditioning use not only results in more heat being released into the air, this also contributes to air pollution, as more greenhouse gas emissions are discharged. This negatively impacts air quality and can also lead to a surge in urban smog. 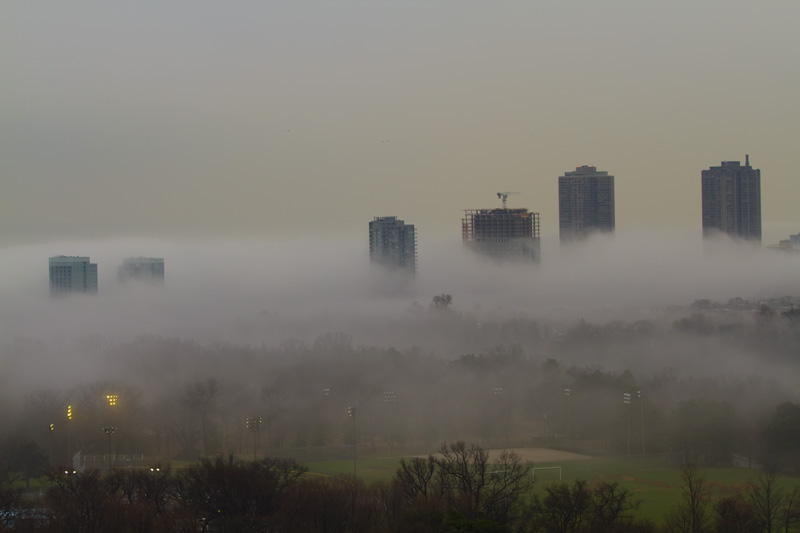 Some urban areas have even seen the effects of heat islands negatively impact health. The increase in temperature and air pollution can lead to problems such as asthma, increased spread of vector-born disease, heat stroke, and childhood obesity. The city of Toronto averages about 120 deaths per year which are attributed in some way to spikes in heat. Other large cities experience similar heat-related deaths due to the heat island effect.

How Can We Reduce the Heat Island?

Since the impact of heat islands is mostly negative, scientists and researchers are searching for ways to reduce and reverse the effects. Dark roof surfaces are one of the major culprits of temperature increases. One popular technique for combatting the heat island effect is installing green roofs on urban buildings. Green roofs, which are lined with soil and certain types of vegetation, can actually help cities regain some of the cooling and evaporative effects that the natural landscape once provided. As this idea becomes more popular, there is more and more scientific evidence that green roofs can reduce heat in urban areas.

Dark building surfaces that absorb more heat account for some of the rising temperatures in urban areas. One simple method for reducing this effect is to paint buildings with light or white colors that do not absorb nearly as much heat. Some cities are also using paint treatments that reflect light to combat the heat island effect. Another rooftop technique that can help to ameliorate the heat island effect is roof sprinkling. As moisture from the sprinklers evaporates, this helps to cools the surrounding air.

Many cities have urban forestry initiatives that have been in place for years for a variety of purposes. Even though many of these programs started as purely aesthetic ventures, we now know that focused urban forestry programs can have a tremendous positive impact on urban heat islands.

There are many different methods for reducing and even reversing the urban heat effect, but one basic idea lies at the heart of all of these efforts: intentional building and urban planning. When building and expanding cities, we must acknowledge the impact we have on the climate and the environment. 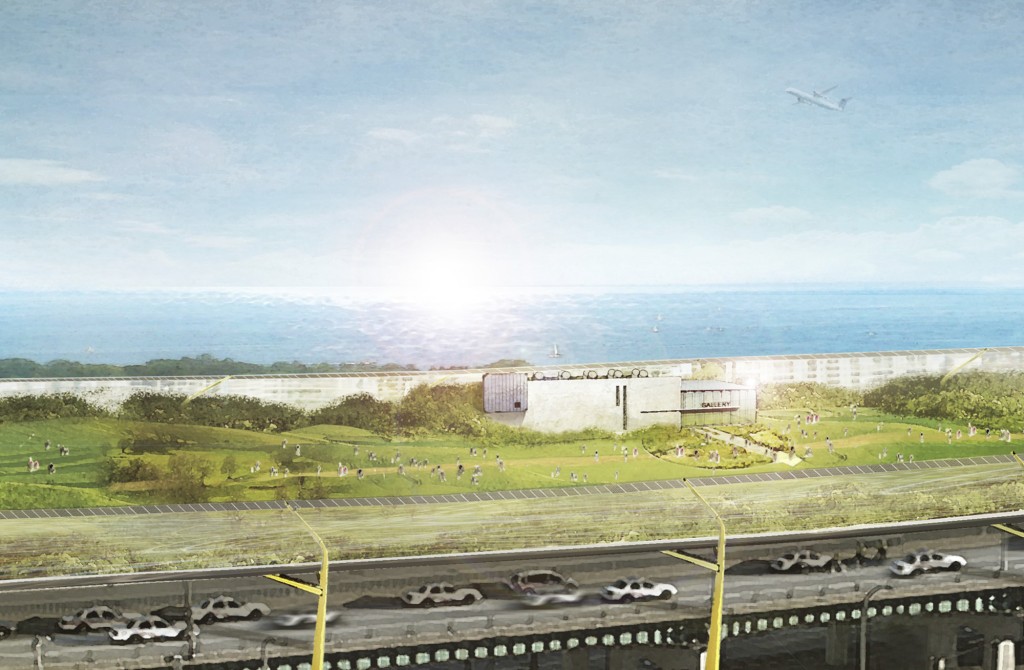 The Green Ribbon gives us the opportunity to reduce the heat island effect in the downtown core. If you’ve ever been stuck idling in your car on the Gardiner in the middle of a hot summer day, you know just how hot it can get. By covering the Gardiner Expressway with a green roof, we would not only avoid the heat island effect on the Expressway, but we’d be helping to cool the rest of the city too. Click here to help us make the Green Ribbon a reality.